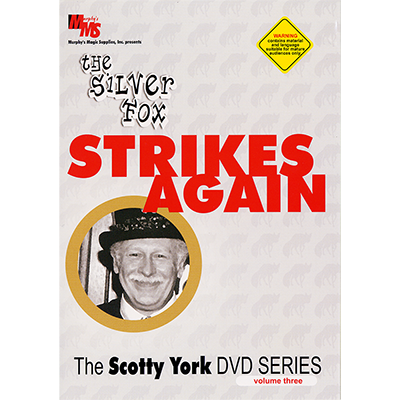 SKU: 52565
CA$14.95
CA$14.95
Non disponible
par article
Over the years, Scotty York has won international acclaim as one of the most clever creators of original close-up magic effects and routines, and is considered a world-class performer. For the past 15 years, Scotty has performed as a professional magic bartender in the Washington D.C. area. He performs hundreds of tricks each night before packed audiences and still manages to pour enough liquor to keep management happy! Scotty creates his magic with two goals in mind: To totally devastate and completely entertain an audience. On this two hour long broadcast quality DOWNLOAD, you will learn some of the most commercial routines ever devised.

Plus numerous sleights and moves that Scotty uses "under fire" in a wide variety of performing situations.