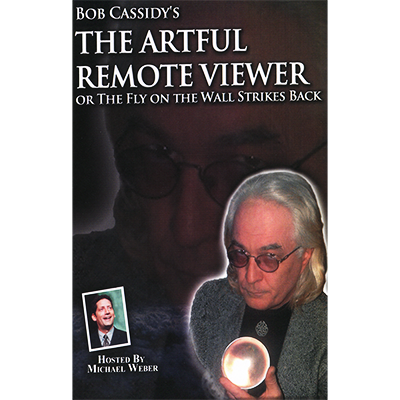 SKU: 53037
CA$29.97
CA$29.97
Non disponible
par article
The next in Bob Cassidy's highly acclaimed series of mentalism teleseminars focuses on one of his specialities - effects that demonstrate apparent "Remote Viewing" or "RV" for short. This event will take place on Thursday, May 10, 2012, and once again, be hosted by acclaimed author and performer, Michael Weber.

Remote viewing is often described as an ability that allows the "viewer" to give detailed information and descriptions of an unknown target location from which he has been separated either by time or space. In this teleseminar, Bob Cassidy will be describing many subtleties and presentational tips for his many published RV routines and will also explain how the RV scenario can be convincingly adapted to various personas, claimed abilities, and performance conditions.

In addition to discussing his classic methods as described in his many classic RV effects, Bob will also describe and explain a new approach based on the concept of ARV, or "Associative Remote Viewing," that allows the RV premise to be incorporated into many standard effects.

On this disk you will find: