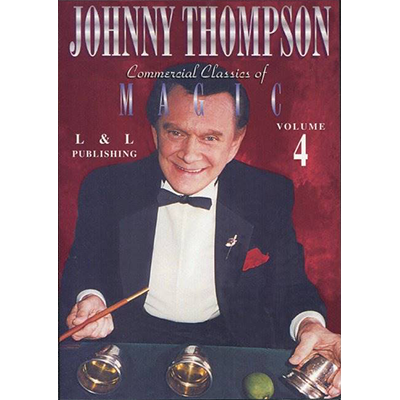 "The material contained in these tapes is made up of classic effects which have stood the test of time and performance and therefore can truly be deemed commercial. They are effects that I've successfully used throughout my career and, in most instances, the moves, routines and handlings were garnered directly from the authors. It is, in my estimation, some of the best close-up, parlor, walk-around and stage magic that has ever been developed and the authors are a virtual Who's Who of magic that run the gamut from Allerton to Zarrow, wth a great deal of Vernon in between. I sincerely hope that you will enjoy learning and performing these wonderful Commercial Classics as much as I have."
- Johnny Thompson