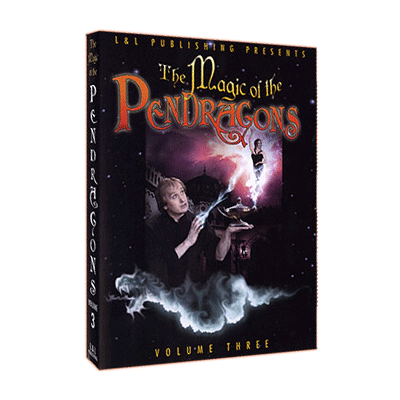 Magic of the Pendragons #3 by L&L Publishing video DOWNLOAD

SKU: 47010
CA$35.00
CA$35.00
Non disponible
par article
Stage illusionists historically have been extremely secretive about their craft. Not just about the secrets to the illusions themselves-the mechanics are just a small part-but about the real secrets of what turns a stage illusion into a breathtaking moment of pure magic.

Now, for the first time ever on video, Jonathan and Charlotte Pendragon, the "First Couple" of magic and perhaps the greatest exponents of grand illusion ever to grace a stage, lift away the veil and show you the real secrets of stage illusion -the insider information that could only be gained by performing in over 50 countries for the last quarter of a century.

When the history of magic is written, Jonathan Pendragon will be remembered as one of its most creative performers."
- David Copperfield
Acheter maintenant
©2021 Club de Magie de Montréal, Québec • Plateau-Mont-Royal, Québec